If You Want to be Understood, First Show how Understanding You Can Be.

Communication issues are frequently highlighted as a root cause of marital and relationship breakdowns. Often one partner accuses the other of not communicating.
In fact, there is no such thing as not communicating. Even silence is a form of communicating. As is walking away.
All interpersonal communication has two components ── verbal and non-verbal.
The words spoken are verbal. Everything else, including tone of voice, level of voice, gestures, body movements, facial expressions, and inflections comprise the non-verbal component. When the two are not in sync, the listener usually pays greater attention to (and assigns a higher value to) the non-verbal signals being received.
Partners in strong relationships accept that the other person's feelings are just as valid as their own. In troubled relationships at least one of the partners either does not hold this view or expresses it poorly. In destructive relationships neither partner holds the feelings of the other to be valid.
It is important to remember that there is no cause and effect relationship between what another person does or say and our feelings about such. Other people do not cause our feelings (though we often incorrectly assign blame for our feelings to others).
Our feelings are not controlled or manipulated by anyone other than ourselves.
That's right. We have control over our feelings, even at times when this does not appear to be true. However we, and only we, can choose how to feel in response to any event, situation or utterance by another. These are our feelings, so we must take ownership and responsibility for them.
It is never correct to say "his action made me feel ­­­­________" or "her words caused me to feel ________." Rather, the correct phrases should be, "I chose to feel _______ because of what he did" and "I elected to feel _______ as my reaction to her words."
In any relationship (including workplace ones), but particularly in a married or de facto spousal relationship, we have a responsibility to communicate and respond to others in a non-violent and abusive-free manner. This is a joint responsibility of couples, and does not work as effectively if practiced by only one of the partners.

This article is partially excerpted from our top-ranked personal development book Project You: Living A Determined Life, which is available in Kindle and paperback formats at Amazon.

Posted by Unknown at 7:10 AM No comments:

John Gottman, a leading researcher in marriage and parenting, and his co-author Nan Silver wrote a book called The Seven Principles for Making Marriages Work. Their list of seven principles can be summarized as:
Maintain a detailed map of your partner's inner and outer world by keeping current and up-to-date with their regular routines (daily/weekly/monthly), friends, enemies, hopes, desires, likes, dislikes, fears, enemies, challenges, stresses, deadlines, etc.
Continuously nurture fondness and admiration through your attitudes, actions and behavior. Frequently remind yourself of your partner's positive qualities, openly express these to others, and regularly compliment them for these qualities. Constantly be affectionate in little ways, especially those that you know are appreciated or enjoyed by your partner.
Turn towards one another instead of away, especially when your partner appears to want time, attention, affection, or support from you. Use humor and respect to connect with one another and do the little everyday things that touch and acknowledge one another.
Let your partner influence you by seeking common ground rather than on insisting things be done your way. Allow yourself to be "won over" by your partner's desires or wants, especially on things you can easily give on. Avoid belligerence and violence as these signal you cannot or will not be influenced.
Solve solvable problems quickly and readily before they fester into bigger issues.
Communicate and discuss perceived unsolvable problems rather than becoming gridlocked over these. Walking away from or not discussing these problems adds another problem to the situation ─ the fact that you are not communicating!
Create a shared meaning of life through discussions and create rituals, stories and symbols that build and express this shared meaning for the two of you.


Before you pick any of these principles and put them to work for you, we highly recommend you read The Seven Principles for Making Marriages Work.  Then, give all seven of these principles a try.
In our next blog post we will share some tips on how to overcome some of the communications problems that typically plague relationships.

This article is partially excerpted from our top-ranked personal development book Project You: Living A Determined Life, which is available in Kindle and paperback formats at Amazon.
Posted by Unknown at 8:31 AM No comments:

Seven Elements of a Project You Life 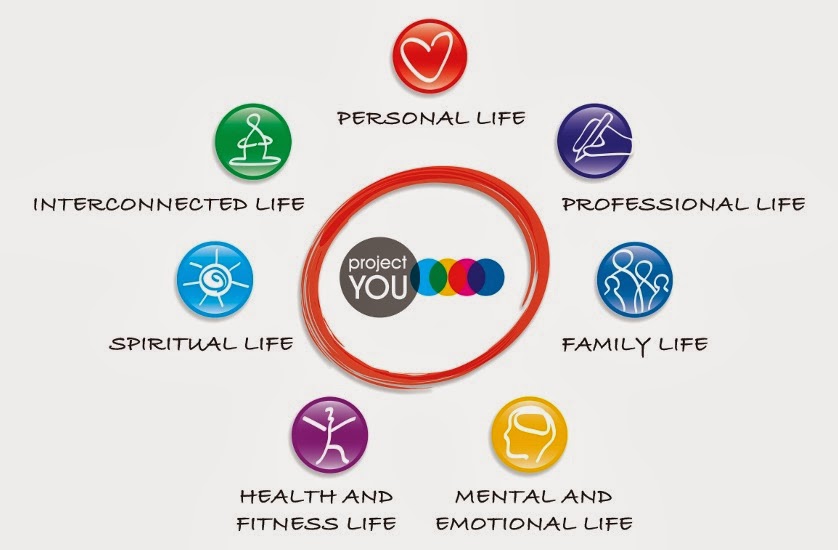